Steve Nash, a guard for the LA Lakers, is currently in litigation with his former Wife over her proposed relocation with the parties' children. The parties' divorce was reportedly finalized in Arizona in 2005. Since that time, the parties' three (3) children have resided primarily with their Mother in Arizona despite Nash's subsequent move to California to play with the Lakers. Now, the children's Mother has proposed that she and the children relocate to be in the same city as their Father, to which Nash is reportedly objecting. 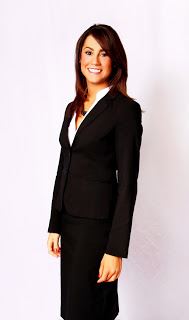 Typically, in relocation cases, a party will object to a proposed move wherein the children are forced to relocate to a city where the objecting party does NOT reside. The basis for the objection in such a situation is very often the impact the proposed move will have on the parent/child relationship due to the newfound distance and, thus, difficulty to exercise parenting time and remain involved in the children's lives. Hence, it is "bizarre" to hear of an objection to a proposed relocation into the city of the objecting parent. It may be that the basis of Nash's objection lies in his desire for his children to have consistency in their lives and a wish that they remain in the same school, community, support system, etc. Though there are no reports found as to why he objects to the same.

Under Indiana law, if a parenting time or custody order exists and either party intends to relocate his/her residence, that person must file a Notice of Intent to Relocate with the Court 90 days prior to the intended move. The opposing party will then have 60 days in which to file a formal Objection. If the opposing party objects, the matter is set for a hearing on the proposed relocation. It is important to note that Indiana law recently changed, and there is no longer a distance requirement, for example, that the move is over 100 miles. Rather, under the current law, parties are required to file the Notice of Intent to Relocate for ANY proposed move – regardless of if the move is across the street or across the country.

For a full-text copy of the article please visit:

At Hollingsworth Roberts Means, LLC Attorneys at Law, our team has the experience, the understanding, and the compassion to assist with your family law needs. If you have questions or concerns regarding divorce, custody, support, or any other family law concerns contact our firm at 317.DIVORCE or visit our website at www.hzlegal.com.